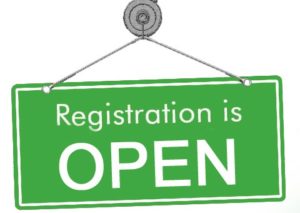 Overview:
Join us to hear from The Adjutant General of Maryland, MG Timothy E. Gowen. He will provide general updates as well as answer questions from attendees.

Major General Timothy E. Gowen was appointed as the 30th Adjutant General of Maryland effective, September 1, 2019. The Adjutant General is responsible for the daily operations of the Maryland Military Department, which includes the Maryland Army National Guard, Maryland Air National Guard, Maryland Emergency Management Agency, and Maryland Defense Force. He is a senior advisor to the governor and is responsible for the readiness, administration, and training of more than 6,700 members of the Military Department. He serves as the official channel of communication between the governor and the National Guard Bureau and is a member of the governor’s cabinet.

Major General Gowen was most recently assigned as the ARNG Deputy Commanding General of the newly established Army Futures Command in Austin, Texas. There, he was responsible for oversight and strategic guidance to the Army National Guard acquisition community and to oversee National Guard equities throughout the Army modernization system. He served as the Assistant Adjutant General – Army for the Maryland National Guard from April 2015 to September 2018 and was responsible for the readying, training, and equipping of more than 4,700 Soldiers for State and Federal missions. Major General Gowen also held a “dual-hat” position as Deputy Commanding General for Army National Guard at the United States Aviation Center of Excellence, Fort Rucker, Alabama.

Major General Gowen was commissioned as a Distinguished Military Graduate in 1986 through the Reserve Officer Training Corp program at Embry-Riddle Aeronautical University with a degree in Aeronautical Science. He has engineering degrees from Temple University and the University of Maryland. He is a Senior Army Aviator and a graduate of the United States Naval Test Pilot School and U.S. Army War College.

Before his appointment to Adjutant General for Maryland, Major General Gowen was a US Government Civil Servant employed by the Department of the Navy at Patuxent River Naval Air Station, Maryland. There, he served as an aerospace engineer for the Naval Air Systems Command. He has more than 24 years of government acquisition experience to include systems engineering, research and development, test and evaluation, science and technology, and program management.

REGISTRATION
This webinar is free. Once registered to participate, you will receive the webinar log-in details 24-48 hours prior to the program.