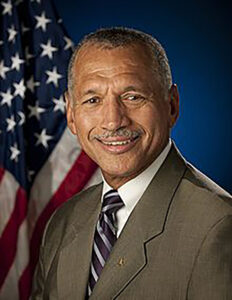 The Pax Partnership and the Center for Study of Democracy at St. Mary’s College of Maryland
will host MG (ret) Charles Bolden, NASA administrator of 8 years, retired United States Marine Corps Major General,
and a former astronaut who flew on four Space Shuttle missions for a virtual program. 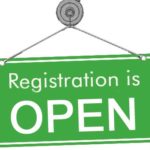 About MG Charles Bolden: Bolden was selected as an astronaut candidate by NASA in 1980. He was a member of the NASA Astronaut Corps until 1994 when he returned to assignments in the Marine Corps, first as the Deputy Commandant of Midshipmen at the Naval Academy, effective June 27, 1994. In July 1997, he was assigned as the Deputy Commanding General of I Marine Expeditionary Force. From February to June 1998, he served as Commanding General, I MEF (Forward) in support of Operation Desert Thunder in Kuwait. In July 1998, he was promoted to his final rank of major general and assumed his duties as the Deputy Commander, United States Forces Japan. He then served as the Commanding General, 3rd Marine Aircraft Wing, from August 9, 2000 until August 2002. He retired from the military in August 2004.

About for the Study of Democracy (CSD): Founded in late 1989, the CSD is a public policy institute fostering the reform process in Europe through impact on policy and civil society. CSD Group provides a broad variety of consulting services, such as policy evaluations, program/fund evaluations, impact assessments, political risk and integrity assessments, foresight analysis, industry and market research. CSD’s mission is “building bridges between scholars and policy-makers” and as an independent, interdisciplinary think tank it combines a broad range of capacities. For more information, please visit https://csd.bg/about/mission/

About The Patuxent Partnership (TPP): The Patuxent Partnership is a non-profit member organization that fosters collaboration between government, industry, and academia to advance education through STEM-based initiatives; to advance technology through speaker programs, forums, and networking; to advance science and technology transfer through the exchange of ideas, information, and data related to technologies; and to increase workforce development through an array of initiatives. For more information, please visit paxpartnership.org.

REGISTRATION
Register here.  Log in details for the webinar will be sent to attendees on Monday, February 8th.